In Peru there is no defined policy against feminicide. The figures are alarming. During the year 2020, 138 cases of women murdered by their own husbands, cohabitants or partners were registered. 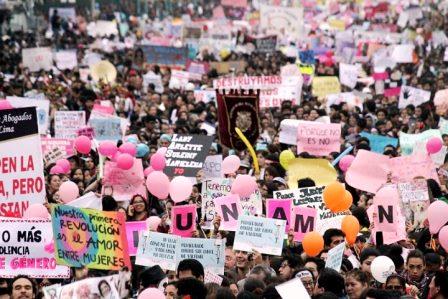 So far in 2021, 47 cases of feminicides have been registered: 15 in January, 9 in February, 10 in March and 13 so far in April. Although from the first to the second month there was a reduction in the number of cases, after that the increase in this problem has been successive.

In 1993, the Peruvian State enacted Law N° 26260, Law for the Protection against Domestic Violence. As a result of the signing of the Inter-American Convention on the Prevention, Punishment and Eradication of Violence against Women. This law has been amended several times in order to protect women affected by domestic violence. However, in practice it does not seem to have had the expected effect.

The crimes are becoming increasingly bloody: dismemberments, fatal burns and even the disappearance of bodies underground or in cement cylinders. This is a symptom of a sick society, where family violence is the daily bread.

Legislative initiatives to control and eradicate this crime are not enough. From June 2016 to date, the Congress of the Republic of Peru has passed three out of twenty-nine laws related to violence against women. One of them eliminates prison benefits for those sentenced for crimes such as homicide or serious injuries with the aggravating circumstance of having had women as victims because of their status as such.

On the other hand, among the twenty-five countries in the world with the highest rates of feminicide, fourteen are in Latin America, according to a 2016 Small Arms Survey report cited by UN Women. But they warn ” that around the world many women’s deaths are still unaccounted for”.

In Mexico, 10 feminicides are committed every day. In Argentina, a total of 295 feminicides were committed in 2020: a figure of more than five murders of women every week and one every 29 hours, according to the Observatorio de Femicidios de la Defensoría del Pueblo de la Nación (Observatory of Femicides of the National Ombudsman’s Office (OFDPN). A total of 74 women were murdered in Argentina during the first four months of 2021.

Another study by the Economic Commission for Latin America and the Caribbean (ECLAC) noted that in 2019 at least 4,640 women were victims of feminicide in Latin America. And UN Women warns: “we do not have comparable data on feminicide at the global level”.

The Inter-American Convention on the Prevention, Punishment and Eradication of Violence against Women, also known as the Convention of Belém do Pará, calls on States Parties to adopt legislative measures of a penal nature (among others) which “are necessary to prevent, punish and eradicate violence against women” (art. 7.c of the Convention).

In the study “Analysis of Legislation on Femicide/Feminicide in Latin America and the Caribbean and Inputs for a Model Law” (2018) (https://tinyurl.com/yfkackv7), both the Follow-up Mechanism of the Convention on Violence against Women (MESECVI) and UN Women offer our region a model law to address the most serious violation of women’s human rights, not without first analysing existing laws, provoking debate and improvement in those cases that require it.

In April, the representative of the United Nations Development Programme (UNDP) in Peru, María del Carmen Sacasa, warned that the impacts of the pandemic have not been gender neutral. A measurement carried out by UNDP and UN Women in Latin America indicated that 50% of the measures adopted by governments to address the social and economic impacts of covid-19 were gender-sensitive, and it is the prevention of and response to violence against women that accounts for the largest proportion of measures. 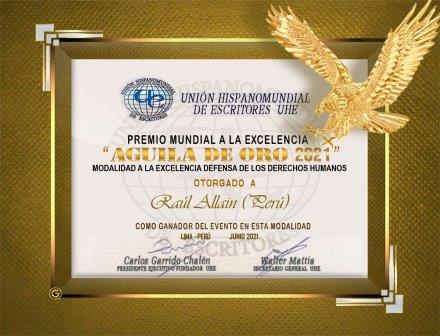 (Lima, 1989) Writer, poet, editor and sociologist. He studied at the Universidad Nacional Mayor de San Marcos (UNMSM). He currently chairs the Peruvian Youth Institute (IPJ) and runs the independent label Río Negro. In September 2019 he received the "International Eagle World Award for Sociological Excellence" from the Hispanomundial Union of Writers (UHE). He is an international consultant for the Association of Victims of Organized Harassment and Electronic Torture (VIACTEC).