In a previous essay, we stated that the challenges of investigative journalism are how to find information that is valuable to the public; how to value, analyse and contextualise it; how to transmit it in a way that transcends the chaos of hyper-information and reaches the public that needs it. In synthesis, it seeks to “Discern between reality and fantasy, fact and propaganda”. 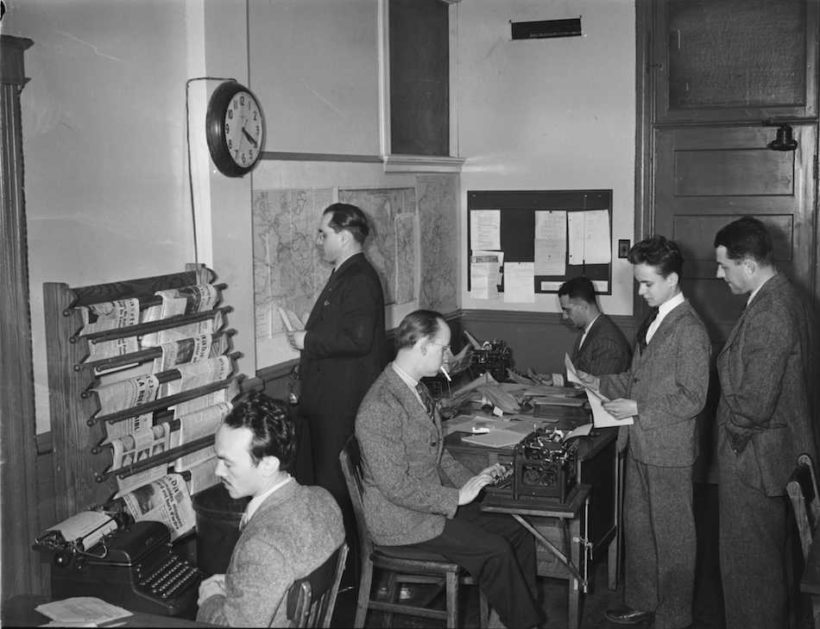 The question arises: is this being done in Peruvian journalism today? For the time being, in recent months the Peruvian press has been revealing evidence of alleged acts of corruption in this government and its entourage, which shows that the Peruvian state has yet to be completely reformed, and that those responsible have yet to be investigated and condemned.

Undoubtedly, Peruvian investigative journalism is making valuable contributions to society and democracy, as well as to the maintenance of public order, fulfilling the basic functions of informing and giving opinions.

And investigative journalism is not necessarily dedicated to the “big national issues”, but there are also valuable investigations in districts and hamlets that have revealed networks of corruption in the provinces.

According to Tom Wicker: “In the shadiest of town halls, there are always hands slipping into the till; the public can be defrauded by a sticky-fingered county treasurer, a tax-dodging transnational corporation or the Pentagon making an illicit arms contract. And with that statement Wicker now enters the private sphere: commercial enterprises that manufacture and sell substandard products that endanger the safety or health of consumers must also be investigated.

Let me give a brief historical overview. In Peru there have been many cases or “uncoverings” of investigative journalism. For example, the discovery of the mass graves where the students murdered by paramilitaries of the “Colina group” in La Cantuta were buried was an investigation by the magazine “Sí”.

As in the case of the so-called “Barrios Altos Massacre” (the murder of several people during a pollada at the hands of a paramilitary annihilation commando known as the Colina Group), both cases led the judiciary years afterwards to sentence former president Alberto Fujimori to imprisonment for “crimes against humanity”, on the theory that as president he was responsible for the isolated actions committed by a group of military personnel. This is the subject of another controversy.

Another case where journalism disseminated content with a high political impact was the so-called “Vladivideos” case, because it revealed the corruption networks of former presidential adviser Vladimiro Montesinos during Fujimori’s government, which led to his immediate crisis and subsequent resignation.

According to former parliamentarian Mesías Guevara, “in Ancash there was allegedly a strategic alliance between the corruption network of César Álvarez and a network of impunity, formed by prosecutors, judges and police, with the aim of benefiting with public money”.

The case of Nadine Heredia’s alleged “agendas” was also in the media. A report by the Panorama programme affirmed the existence of alleged documents of the former leader of the Nationalist Party handed over by the former Nationalist congressman, Álvaro Gutiérrez. Of all the material, the most important was the content of four diaries in which Heredia allegedly kept the accounts of her political group with a number of names and amounts that would prove that she had made millions in contributions without a clear provenance. Peruvian society awaits the authorities’ pronouncement on this and other issues.

Based on the above, we can conclude that the aim of investigative journalism is to promote reforms, expose injustices, unmask fraud, reveal what the public authorities want to hide, detect which institutions are not doing their job, show how public bodies work, provide voters with information about politicians and their intentions, and reconstruct important events. In synthesis, to tell “uncomfortable truths” and to give the reader the truths that others do not want to be known.

In Peru, investigative journalism has fulfilled and continues to fulfill the task of informing and monitoring power. Although it is true that it has no coercive or condemnatory power (which only the police forces and the judiciary have), it does “uncover” cases of corruption and crimes in public bodies and puts them in the public eye.