The fact that 48 native languages are spoken in Peru is an indicator of the complexity of “being Peruvian”. We propose a look beyond multilingualism in order to achieve true social inclusion. From a socio-historical perspective, afterwards the discovery of America and the subsequent conquest of Peru by the Spanish from 1532 onwards, the so-called indigenous peoples were subjected to exploitation and even extermination, as the conquerors came eager to find riches and treasures, and did not really care that the native peoples maintained their culture, customs, language and territories. 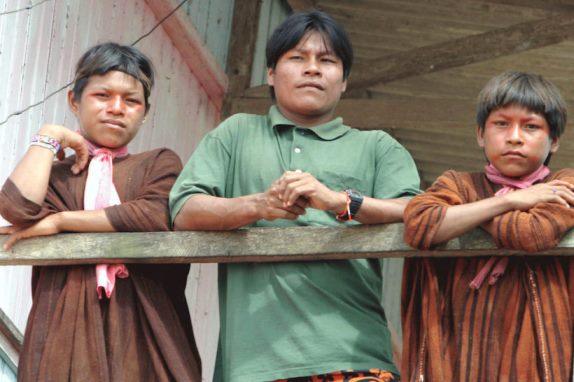 When Francisco Pizarro arrived in Peru, there was the Inca Empire, which had a highly developed political and social organisation. The Tahuantinsuyo (the “four of theirs”), whose administrative centre was Qosqo, had an enormous extension of territory that covered what are today the countries of Peru, Ecuador, Chile, Colombia, Argentina and part of Brazil. They had an extraordinary system of roads known as Qhapaq Ñan, which has been declared by Unesco as “Cultural Heritage of Humanity”.

There is evidence, as historian María Rostworowski has pointed out, that the Inca State was not the paradise that many have idealised, but that it was also an oppressive and conquering State, which subjugated many peoples such as the Chachapoyas, Chimú, Tallanes, Collas, Aymaras, Puquinas, and even imposed Kechwa or “Runa Simi” as the only official language: the language of man, and that imposition was by force. This is the stuff of history.
After the capture and assassination (disguised as “execution”) of the Inca Atahualpa in Cajamarca in the 16th century, a bloody and cruel period began, which gave rise to “mestizaje” and which some authors call an “encounter of cultures”.

But more than an “encounter” it was a painful process in which there was a dominator and dominated groups. Although the religious orders (Dominicans, Franciscans, Mercedarians) were eager to evangelise and indoctrinate or catechise the natives with the Catholic religion, it is true that there were many religious who supported the so-called “extirpation of idolatries”.
After the conquest, the Viceroyalty of Peru was established under the rule of the Spanish Empire, which was one of the largest empires in terms of the vast territory it dominated. Through the system of “encomiendas”, the Spaniards took possession of vast tracts of territory and administered it. Chroniclers have detailed these often-cruel procedures, where they were stripped of their land and forbidden to speak Quechua.

Today, Peru joins the celebrations of the World Day for Cultural Diversity for Dialogue and Development, organised by Unesco, which highlights not only the richness of the world’s cultures, but also the fundamental role of dialogue in achieving peace and sustainable development, as well as its economic value, since it represents 3.1% of GDP and 6.2% of employment worldwide. This year we invite the public to visit the Digital Library of the Ministry of Culture on World Day for Cultural Diversity.

The magazine Ideario de Cusco details in the publication “World Day for Cultural Diversity for Dialogue and Development”: “Back in 2002 the United Nations General Assembly declared 21 May as the World Day for Cultural Diversity for Dialogue and Development, on the basis of the UNESCO Universal Declaration on Cultural Diversity which proclaims in its Article 1: that cultural diversity is the common heritage of humanity”. Every May 21st we celebrate all over the world “the diverse cultural manifestations that can be expressed, through music, language, work, art, religious beliefs and in all human activity”.
Precisely because of this, we understand that cultural diversity is a common heritage of humanity, which we must recognise and consolidate, especially if we take into account that we are facing diverse societies that must coexist peacefully, participate, exchange and guarantee pluralism.
For the United Nations (UN), “Each and every person has the possibility and the right to express themselves, to create or disseminate works in their own language, and to participate in the culture that we have or have chosen. In other words, we are all part of this world and we must accept each other”.
We are facing the effects of the coronavirus pandemic that has highlighted the value of the cultural and creative sector as a generator of social cohesion, educational resources or personal well-being in times of crisis.

In Peru on the World Day for Cultural Diversity for Dialogue and Development, we can affirm that we have a varied cultural diversity; several indigenous languages, diverse religious groups, traditional dances, a variety of clothing and culinary art appreciated by the whole world.