The essence of journalism is to investigate in order to find the truth. The historical development of the so-called “investigative journalism” is relevant because it has marked a total difference with the so-called “heart press” and even more so with what is now called “fake news”, false or fabricated news that circulates on social networks and is “shared” by many, thus generating more disinformation. 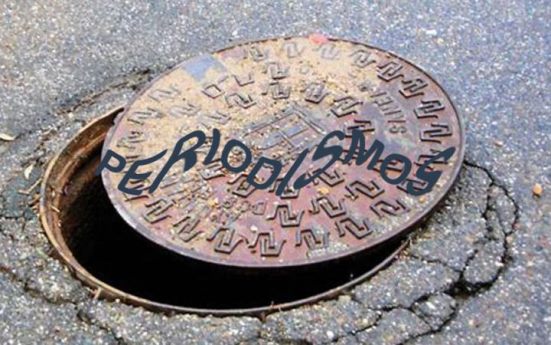 The best-known works of investigative journalism are set in the post-World War II years and almost all are located in the United States. The new genre flourished between 1955 and 1973. Around this time, in the aftermath of the Vietnam War, journalists got in front of the government and began to critically analyse the actions of politicians. The press had become mature enough to take on the other established forces, most notably the professional politicians.

Some of the early work reached the public through the pages of Life and Look. But in general, investigative journalism received little public attention, outside the audience of a few minority outlets (such as the radical magazine Ramparts). A Washington-based organisation called the Fund for Investigative Journalism was founded in 1969 to fund investigative journalism efforts, but it is little known at first.

In the early 1970s, a political event of enormous magnitude put the words “investigative journalism” on the lips of international public opinion for the first time. It was the forced resignation of US President Richard Nixon following the scandal of the discovery of the “Watergate” affair by two journalists from The Washington Post.

“June 17, 1972, a Saturday morning: Time: nine o’clock. Too early to phone. Woodward hesitantly picked up the receiver and finished waking up. The local editor-in-chief of the Washington Post was on the other end of the line. Five men had been arrested early that morning while trying to break into Democratic Party headquarters; they were carrying a full set of photographic equipment and a variety of electronic devices. Could he come forward to take charge of the matter? So begins the account written by the two journalists who investigated the Watergate case, Carl Bernstein and Bob Woodward, who published the details of the case in 1974 in the book “All the President’s Men”.

On that June day in 1972, the Washington Post decided to cover the story extensively, beating all other Washington newspapers, including The New York Times and the Washington Star. Of the 433 accredited journalists in Washington at the time, only 15 were assigned for a time to the short assignment.

The fact to be investigated was apparently very simple: a botched burglary of a building that could have had a much more relevant scope if one considered the intentionality of the alleged burglars to “spy” on the Democratic Party – given the sophisticated electronic equipment they were carrying – and if it could be assumed that behind those “plumbers” there could be a whole network of political manipulators at work, extending to the very head of the White House.

Nine months afterwards, on 21 March 1973, James McCord, one of the five detainees, broke the pact of silence and sent Judge John Sirica, who was in charge of the case, a sealed letter full of accusations.

In August 1974, Richard Nixon, caught up in the conflict and with the lowest public credibility rating in US political history, asked for his resignation as President under threat of impeachment.

The consequences for the journalistic world were immediate. 1974 became “the year of investigative journalism”. Never before had a journalistic investigation managed to go so far with such irrefutable evidence, despite the fact that it was published mostly quoting anonymous sources. And the power of the press was once again taken very seriously by the public and the entire scale of the US official.

Among the immediate “journalistic” effects of the Watergate affair was the need to look at information, hitherto understood as the simple basis for journalistic writing, in a different light.

The need to consider information as something that could be further elaborated, documented, expanded, verified, contextualised, investigated and, ultimately, researched, was opposed with some urgency.

Watergate was a milestone in terms of demonstrating as fundamental certain principles that directly affected the role that the press should play:

In fact, the press in the United States began to practice it as early as the beginning of this century, in the tenth and twentieth decades, although it was never more talked about than when The New York Times published the famous Pentagon Papers on the Vietnam War.

Until then, investigative journalism was only accepted in certain fringe publications, outside the establishment press, and, in any case, it was not the American journalist’s usual way of working.

In Peru, there have been historical cases of investigative journalism that have had a social and political impact, such as “Página 11” (the disappearance of a page from a contract with the International Petroleum Company during the first Belaunde government), the case of the Barrios Altos massacre, the murder of the La Cantuta students (revealed by the magazine “Sí”), and from 2000 the “Vladivideos” affair (videos recorded by the former presidential adviser Vladimiro Montesinos).

More recently, the case of the book “Plata como cancha” by journalist Christopher Acosta has had a great media impact. In January, Judge Jesús Vega, of the 30th Criminal Court of the Lima Superior Court, sentenced journalist Christopher Acosta and Jerónimo Pimentel, director of the publishing house Penguin Random House, to two years in prison suspended for aggravated defamation, on the grounds that the publication contains defamatory phrases.