It is incredible that the greatest disaster in the world is unfolding in the face of the inaction of world leaders, since for 18 days in large areas of the Brazilian Amazon rainforest unstopped (rather than unstoppable) fires are devouring the jungle, and a wildfire broke out in the Bolivian Amazon rainforest. 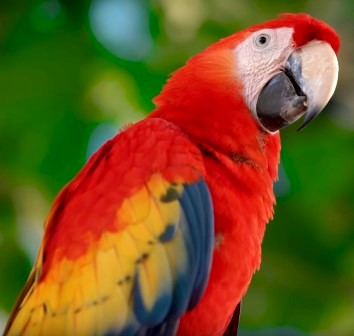 Where is the leadership of the rulers of the major countries of the world? Brazilian President Jair Bolsonaro points out that the perpetrators are NGOs, but that is not enough, it is a disaster that Brazil alone will not be able to fight, but its President does not ask world leaders for help.

And if leadership is involved, assuming Bolsonaro is incapable of doing anything, where are the presidents of the United States, Russia, China, the Europeans and all the countries that could help? They are not offering their help, as experts and logistics of aircraft and specialized equipment are required, not just anyone can help.

Fire is destroying not only trees--many animals are suffering horrible death. Some try to escape, others can’t. Parrots and macaws, for example, such beautiful birds, nest in tree trunks, and maybe adults can escape but their young are burning alive in fire.

Do we have to wait for celebrity leadership?

As if there were no presidents in the world, it is the celebrities of cinema and music who raise the alarm and demand action, such as Ariana Grande, Leonardo di Caprio, Demi Lovato, Kendall Jenner, among others, who criticize the passivity of the international media, which do not pay due attention to this great tragedy.

Bolsonaro has offered no proof that the NGOs’ black hand is at work. He said that his government has cut state funding to environmental NGOs working in the Amazon rainforest and that they in revenge would have started the fires in an attempt to damage his image.

First of all, it is suspicious that fires have flared up simultaneously at points away from each other, which would point to intentional action.

Another indication that Bolsonaro might be right is that now that the fire is advancing, several environmental NGOs have started asking for donations.

What scoundrels, to ask for money for themselves in the midst of this misfortune! Why? Well, they’re not firefighters and they don’t have the equipment to put out big fires, but they’re taking advantage of the news to attract money to them.

There may be serious environmental NGOs, but Bolsonaro’s suspicions begin to have apparent support.

Finally, for reflection, a few days ago I thought of the original lyrics of the song of Nino D’angelo, “Jenseits von Eden” (‘Beyond Eden’), because I was surprised that the original letter has been replaced with a different content in its English version:

If we don’t feel

the land that cries

then we have lived in vain

You can listen here: